The first time I got to learn of this lady, Isabel Dos Santos the daughter of Angola’s former President José Eduardo dos Santos, was when Nicki Minaj was invited to perform at a controversial concert in Luanda by a telecom Unitel controlled by the first daughter. This is when I found out she was the richest African woman.

That said, I still believe this is politically motivated just as she says in her defence. The current president of Angola, João Lourenço was handpicked by the former president but he has in the past gone for the former president’s family. Isabel’s half brother is already on trial over financial issues and this has thrown the net to other close members of the family.

My questions are, how innocent is  João Lourenço? I am very certain he has also swindled money from the government given that he was close to power. What has motivated him to make such huge steps towards the family.

I am looking for information about the current president’s wealth and those in the ruling party.

In case you want to read the leaked files, go to ICIJ’s website. 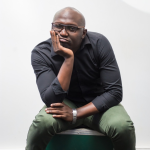